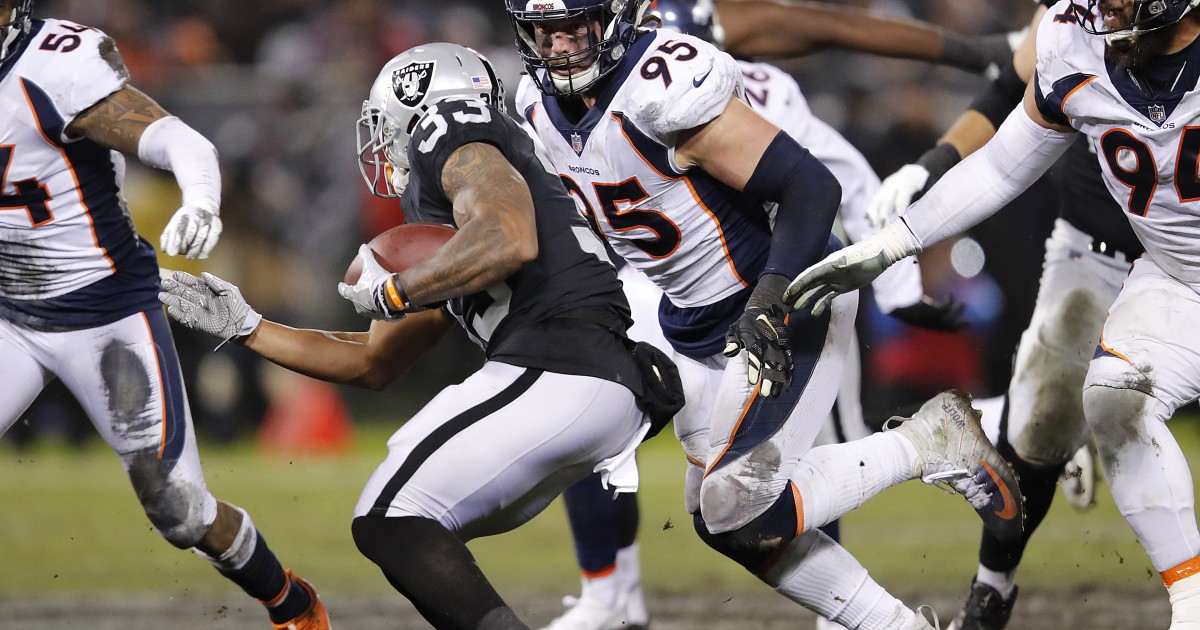 DENVER — Thursday’s weather mirrored the Broncos’ offseason to date — a flurry of activity.

A day after Harris thanked the Broncos and Broncos Country — he signed a two-year, $19.5 million deal with the Chargers — the teeam paid tribute in a released statement on Thursday.

“Chris Harris Jr. was an underdog from the very first day he arrived in Denver as a college free agent in 2011. With a competitive fire and never-back-down mentality, Chris beat the odds to become one of the best cornerbacks in Broncos history. He was a founding member of the “No Fly Zone” and helped that group take flight as one of the NFL’s all-time greatest secondaries.

“After countless pass breakups, interceptions and tackles, Chris would make that “No Fly Zone” motion with his arms that became synonymous with the many big plays he made during nine years as a Bronco. Most importantly, Chris helped our team win a lot of games as a Super Bowl champion who came up big in the biggest moments. Along with his wife Leah and their family, Chris had a real connection with this city. He was a fan favorite not only for being a great player but also his generous spirit in giving back to the community. We appreciate all Chris did for our organization and look forward to welcoming him back to celebrate his many accomplishments as a Denver Bronco.”

Derek Wolfe was a standout on that club, and several others. But as free agency chugs forward, there remains no momentum for him returning to the Broncos. The team has shown no interest in retaining the defensive end known for his toughness and popularity among fans. Wolfe has said repeatedly he wants to retire a Bronco. Though 30, Wolfe is coming off a career-year, posting seven sacks in 12 games. After suffering a scary neck injury in 2017 that caused his arm to go numb during games, Wolfe healed and started 28 of the team’s last 32 games. He proved an ideal fit for Vic Fangio’s defense — as he predicted — but has found a tepid market.

The Broncos have never officially closed the door on Wolfe’s return, but with the addition of Casey and return of nose tackle Mike Purcell it suggests they might lean younger with Dre’Mont Jones, DeMarcus Walker and draft picks.

Wolfe offered a thank you to Broncos Country with a cool video on Instagram this week. Drafted in the second round by the Broncos in 2012, Wolfe boasts 299 tackles and 33 career sacks.