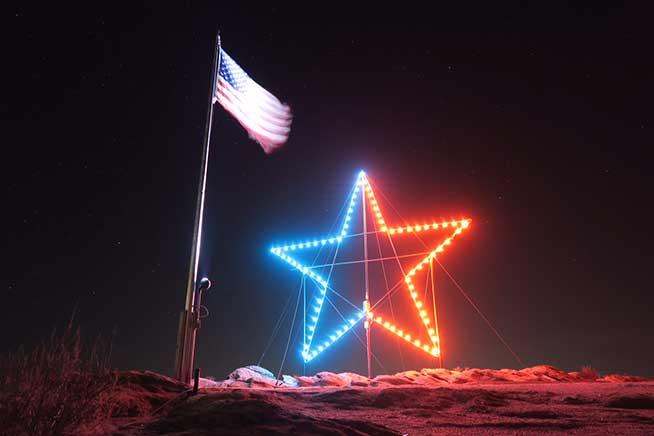 Castle Rock’s famous 40-foot star, which is usually illuminated during the holiday season, will shine brightly starting next week “as a symbol of hope” as the coronavirus grips the world.

The town council this week passed a special motion to light The Star atop The Rock to show that Castle Rock is “a strong and united community that will persevere” in the face of the respiratory virus that has sickened more than 200 people in Colorado and killed four.

The star was originally installed in 1936 as a symbol of hope during the Great Depression.

“When times get hard in Castle Rock, the community comes together,” Mayor Jason Gray said in a statement. “We will get through this, and my wish is that everyone who sees The Star will ask themselves what they can do in the community to help those who need support.”

Town officials project the star will be lit on Monday by Castle Rock Fire and Rescue firefighters. Unlike at the annual holiday star-lighting, Castle Rock asks that the community not gather centrally to watch the illumination.

Outside the holiday season, the star has been lit just a handful of times for special occasions.